Fire Over Africa > Blog > General > Is there an “American” theology?

Is there an “American” theology?

Posted on November 23, 2015 Categories: General No comments yet

We are traveling in the U.S. during September and October and along the way spent some time with our youngest daughter, Lindsey. She told me about a book she was reading by Pastor Kyle Idleman called, Not a Fan. She was really enthusiastic about how much this book has blessed and challenged her in her faith and Christian life so I decided to get the book myself and check it out. The theme of the book is that we are not called to be fans of Jesus (people who cheer for him and put Jesus bumper stickers on our cars) but followers of Christ (people who understand that sacrifice and obedience are integral to what it means to be a Christian). I appreciate Kyle’s way of expressing this important truth and his emphasis on the fact that such a revelation is patticularly needed in the Church of America at this time.

In another book, Soul Searching: The Religious and Spiritual Lives of American Teenagers, Christian Smith shares 5 characteristics of an American theology held by American young people whatever their religious background. A God Exists who created and orders the world and watches over human life on earth. God wants people to be good, nice, and fair to each other, as taught in the Bible and by most world religious. The central goal of life is to be happy and to feel good about oneself. God does not need to be particularly involved in one’s life except when God is needed to resolve a problem. Good people go to heaven when they die.

In his subsequent study published as Souls in Transition, Smith examines the religious beliefs of American young adults and reaches the conclusion that emerging adults do not make strong faith commitments because of a desire for conformity to social norms. Those normative beliefs across American life are listed above.

J. Todd Billings in Union with Christ: Reframing Theology and Ministry for the Church refers to Smith when he confronts these concepts as being consistent with American cultural theology but inconsistent with the Bible.

Galatians 4:4-7 reads – But when the fullness of time had come, God sent forth his Son, born of woman, born under the law, 5 to redeem those who were under the law, so that we might receive adoption as sons. 6 And because you are sons, God has sent the Spirit of his Son into our hearts, crying, “Abba! Father!” 7 So you are no longer a slave, but a son, and if a son, then an heir through God. English Standard Version (2001) 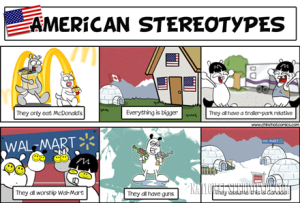 Ephesians 5:6-10 – Let no one deceive you with empty words, for because of these things the wrath of God comes upon the sons of disobedience. 7 Therefore do not become partners with them; 8 for at one time you were darkness, but now you are light in the Lord. Walk as children of light 9 (for the fruit of light is found in all that is good and right and true), 10 and try to discern what is pleasing to the Lord. English Standard Version. (2001)

And again, Romans 8:15-17 – For you did not receive the spirit of slavery to fall back into fear, but you have received the Spirit of adoption as sons, by whom we cry, “Abba! Father!” 16 The Spirit himself bears witness with our spirit that we are children of God, 17 and if children, then heirs-heirs of God and fellow heirs with Christ, provided we suffer with him in order that we may also be glorified with him. English Standard Version. (2001)

Because we have been brought into (adopted in Paul’s terminology) God’s family, we have a new identity in Christ. That new identity is a result of our new relationship with God, that of children. Because we are part of a new family, we have a new identity. As children of God we are in relationship to Him in a way that puts demands upon us. It is often the case that in the American church when we talk about God being our Father we emphasize how much he loves us and seemingly indulges us as disobedient but beloved (perhaps spoiled) children. Whereas in Hebrews 12 we are told that if God truly loves us a children it means He will discipline us.

The goal of the Christian life is not simply to be happy, but to be “conformed to the image of His Son” (Romans 8:29).

Sometimes we think America is such a conglomeration of different cultures that the result is that we are somehow “culture free.” But in truth there is as much an American culture as any other. When we as Christians are conformed to this American, worldly culture, we are at odds with biblical Christianity. This is an hour in which we must be willing to be witnesses for Christ and to do so means living in conformity with His character even at the points where that means being out of conformity with prevailing social norms. The trick is to do this not in a combative manner but as an expression of the love of Christ.