Posted on April 14, 2015 Categories: General No comments yet 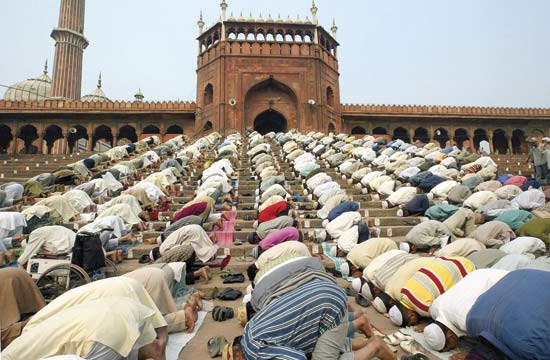 As many of you know, we have trained 700+ missionaries from Ethiopia to share the gospel with Muslims and those missionaries have led over 200,000 to Christ over the past several years. Over the next few newsletters I want to share with you about what Islam actually teaches. In this newsletter I want to talk about how the Qur’an provides a foundation for Islamic theology as compared to the Bible
for Christians.

For Christians, the Bible is our final authority as to doctrine and practice for the church. We also have traditions of course and theological reflection, but in the end, the Bible is our authority. For Muslims there are three sources of theology: The Qur’an, Hadith, and Sunnah. The Qur’an is in theory the most authoritative as the absolute word of God but it is very difficult to understand even for Muslims with many cryptic statements, seeming contradictions, and challenges in connecting the surahs (chapters) with their corresponding setting in the life of Muhammad. The chapters of the Qur’an are ordered (after the first) in order of length. Thus they are not in chronological order. This is important because of the doctrine of abrogation. A later verse in the Qur’an supersedes an earlier verse. Thus if there is a contradiction (Muslims would not call it a contradiction) the later verse prevails. But how does one know which verse is later or earlier? This is critical in that the earlier or Meccan verses tend to be much more conciliatory toward Christianity than the later verses written in Medina. So when Muslim scholars quote the earlier verses to present Islam in a positive light, they well know that these verses have been abrogated and are not actually authoritative for Muslim practice and theology today.

Thus it takes a life time of study to really understand Islamic theology but since most Muslims do not have such time they simply accept the teaching of the Imams. As stated above, sources of Muslims theology include also the Sunnah or life example of Muhammad as well as the Hadith or traditions of the memories of his companions. For the Muslim, they are obligated to follow as exactly as possible the life example of Muhammad since he is the best Muslim and the perfect example of how to live. Thus these sources teach about Muhammad’s life in great detail and to follow that example in every way is the practical way a Muslim can know how to live out their religion. These sources are more important to Muslims on a practical level than is the Qur’an although in theory the Qur’an is the more authoritative.