Posted on April 19, 2015 Categories: General No comments yet 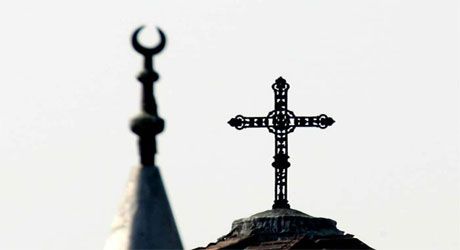 The world for Islam is divided into two spheres, and only two. These are the Dar al Islam and the Dar al Harb. The house of Islam is everywhere that Muslims hold authority and thus Sharia law is in force. In this realm there are rules for Muslim to live by, Sharia. These rules define relationships in every area of life. Some highlights you may want to know about would be that although there are some differences from place to place the testimony of a woman has the value of half that of a man. Thus it would require the testimony of two women to equal the testimony of one man. In many cases women cannot initiate legal action or enter into binding agreements without the agreement of a responsible male husband, father, or relative. This might include such mundane items as getting a passport or arranging international travel.

Sharia includes regulations regarding how one Muslim may treat another Muslim. These rules do not apply the same to non-Muslims or infidels living in the society. This leads us to conisder the Dar al Harb or house of war. This includes all areas not ruled by Muslims and therefore not under Sharia. In the house of war, there are essentially no rules. For a Muslim to kill or injure an infidel is not morally wrong in Islam, it is his duty. In the house of war, the Muslim lives in a condition of jihad, or at war with the infidels around them. Because some Muslims living in Western nations have become lax regarding such principles, mosques are being built to strengthen the correct teaching of Islam in all Western nations.

Jihad takes many forms. A Muslim living in Dar al Harb is not to make friends with an infidel, they must not favor or help an infidel and certainly not againt another Muslim. Muhammad said, “War is deception,” and thus much of jihad is waged by deception until Muslims in a given area are strong enough for open and violent jihad. Jihad also takes the form of financial support. Those who give financially to support jihad are waging jihad along side of their Muslim brothers and sisters who are actually engaged in the fighting.

The rules are different in the Dar al Harb than they are for the Dar al Islam in many ways, too many to discuss in a blog post. It is important to understand that Islam does not include any concept of individual rights. All the possessions of the infidel, including their very life, actually belong to the Muslims but currently they are being wrongfully held and thus may rightfully be taken and brought into the possession of the Muslim. Therefore to take, steal or deceive to get the property of the infidel is not wrong for the Muslim especially if it is benefiting the expansion of islam. When ISIS is seen on television cutting off the heads of male infidels they are following the example of Muhammad who did the same. What you do not see is that while the men are killed, their wives are taken for sex slaves (and sometimes married if the jihaddists do not have enough wives) and their children are taken from the family and forced to become Muslims. All of this is according to Islamic teaching and follows the example of Muhammad who is considered by Muslims to be the best man and the perfect example to follow as to how to live as a Muslim.

I was watching a TV program in which a Musilm character said about the terrorists of 9/11 that they had, “Hyjacked my religion.” That is simply not true and is in fact a deception used in the Dar al Harb so that Muslims will not be persecuted while they gain strength. ISIS, al Shabab, Boka Haram, are all following precisely the example of Muhammad who is agreed by all Muslims to be the exact example they should follow. Such radical groups are not “hyjacking” Islam, they are living outs its principles to the letter.

What is a Christian response? First Christians need to know the truth and to be informed. Christians must read and study about Islam and to know correctly its teaching and its principles. Second, Christians must understand that we are called to show the love of Christ to those who hate us. It is time for the Christian church to take seriously our responsibility to spread the gospel effectively among all peoples, including Muslims. For more information and opportunities to get involved in spreading the love of Jesus and the word of God among Muslims, stay tuned to this station.