Fire Over Africa > Blog > General > The Imaginative Element of the Gospel

The Imaginative Element of the Gospel

Posted on January 15, 2011 Categories: General No comments yet

Today in Western society we have a generally low opinion of “imagination.” It is something that is “not real” and thus not meaningful to people who are concerned with “real life.” But the truth is that imagination is very important not only in our lives but in the spread of the gospel. Imagination provides a connection between the way things are and the way they could be. Also, imagination is the “as if” of experience that helps us to understand things in new ways. When Jesus told us parables to explain the Kingdom of God he was engaging our imagination to make the connection between His story and the real life situation he was inviting us to see in a new light. By use of imaginative connections between life and story Jesus helps us to see again, to consider new possible worlds we could live in. There are many ideas that could be developed here but for the purpose of this blog post I will concentrate on one. 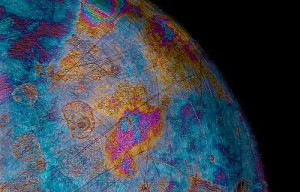 Jesus invites us to see the world differently, with new possibilities that could be lived and experienced through a different kind of cooperation between God and humans that He calls “faith.” The kind of cooperation that Israel knew at that point was the cooperation of keeping the law and traditions and thus honoring God in that way. I would suggest that most of what we call Christianity today is of this type. It is backward looking to tradition and history with the intent of honoring God through honoring what He has done and said in the past. Even more so, it is honoring what humans have said about God’s words in previous generations that have now come to define orthodox Christian beliefs. But it seems to me that Jesus was doing something very different.

Jesus engaged our imaginations to see new possibilities for living in this world and he did this more through His actions than His teaching though both are consistent. Jesus lived among us, making blind men see, healing the lame, caring for the weak, feeding the hungry, walking on water, calming seas, prophesying, and knowing our secret thoughts. He did these things as a “man.” And in so doing He showed us a new way to live as a human in communion with the Father and complete holiness of life. He lived and redefined holiness in terms of relationship rather than law. All of this adds up to His presenting to us a new way of being in the world as children of God, children who know intimately and depend completely upon their Father. To become children who live in the power of the Spirit of God in such a manner that they are partnering with God in the re-creation of the world. But to enter into this new creation (2 Corinthians 5:17) requires us to make an imaginative connection between the way things are and the way they could be.

Most of us consider ourselves realists who simply deal with the way things are but God calls us to conceive with Him a world that is not yet, a world that becomes possible when we embrace a way of being in the world with Him that is wholly different. Paul says it in Romans 6 this way, “consider yourselves dead to sin but alive to God.” In 1 Thessalonians 2:11-12 he says, “For you know how, like a father with his children, we exhorted each one of you and encouraged you and charged you to walk in a manner worthy of God, who calls you into his own kingdom and glory.” “Worthy” in this verse means that the label on the outside matches the contents on the inside. He has not called us to another kingdom of our own definition or preference, but to His Kingdom and even more frightening, he has called us to His own Glory. He has called us to walk with Him, to become like Him, to share His character, His priorities, His attitudes, His love, and when we do this, even His power.

God is not calling us to the past but to the future. It is time for the church to stop building monuments and start building God’s Kingdom. Jesus came not to enshrine what God has done in the past but to help us locate ourselves in the ongoing plan of God and to challenge us. To challenge us by showing us a new world, a new way of being in the world, that is not limited by our abilities but releases God’s abilities and reveals the true God again to our generation. “And greater things than these shall you do.”